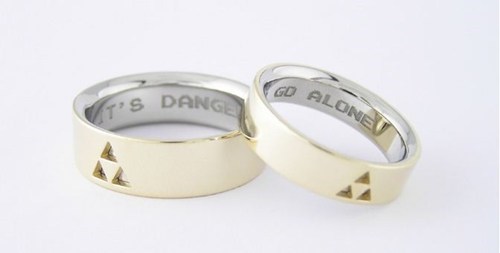 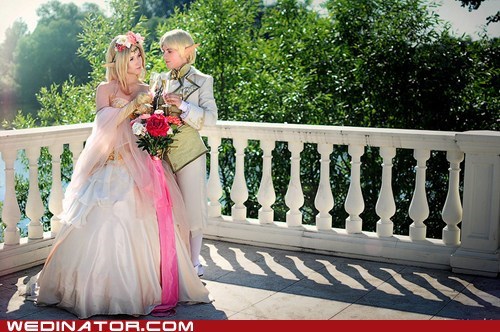 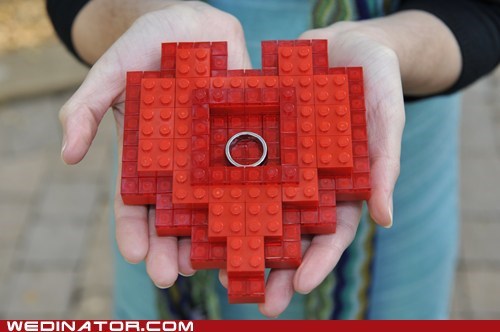 Triforces are a Girl's Best Friend 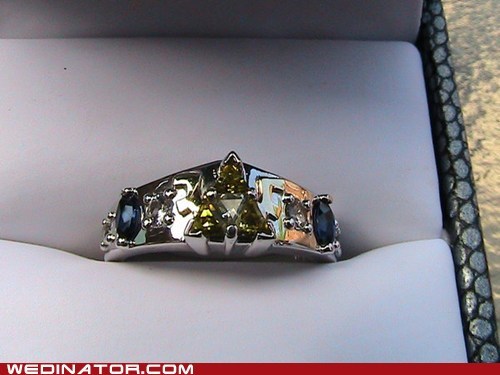 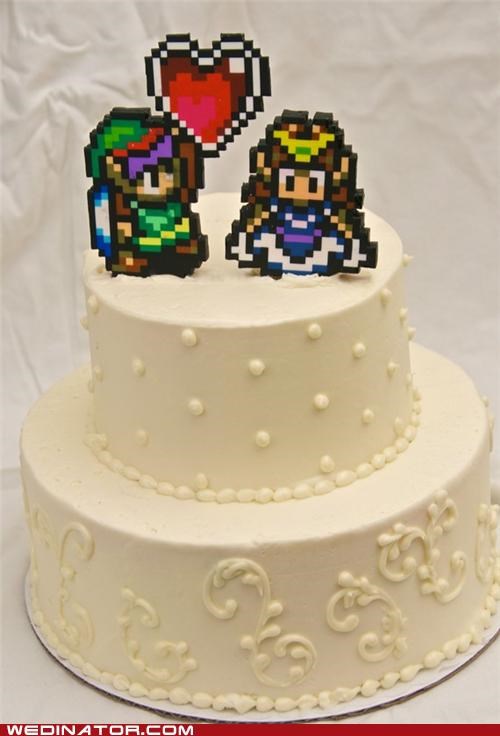 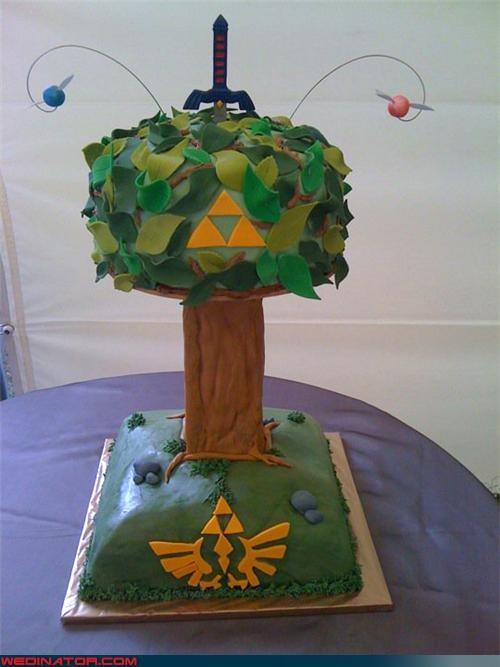 This is the cake we had at our wedding, when it came time to cut the cake the groom actually pulled the master sword out of the top to cut it :)

You Can Get it Resized 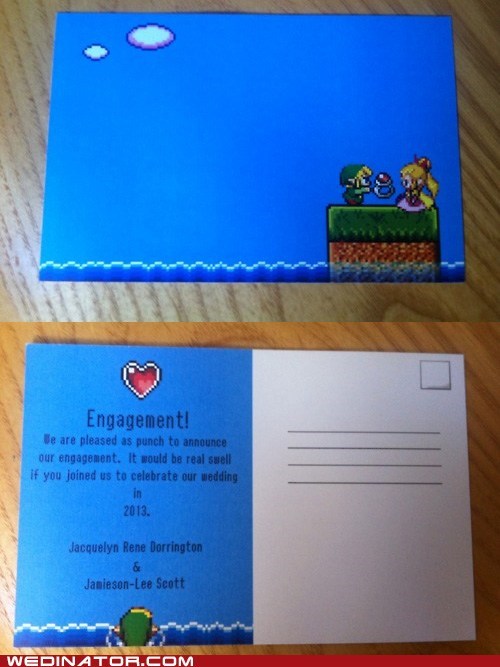 Unless you meant it to be an engagement collar, that won't fit her 1-pixel wide fingers... 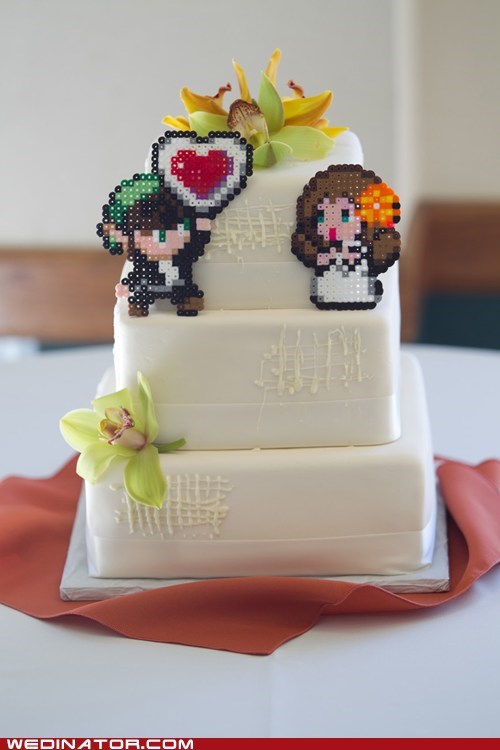 My husband and I both love old school Zelda games. My crafty friend Lee whipped these up using Perler beads, which exactly mimic 8-bit graphics. These are characters from Link's Awakening (Link and Marin) but altered to look more like us. 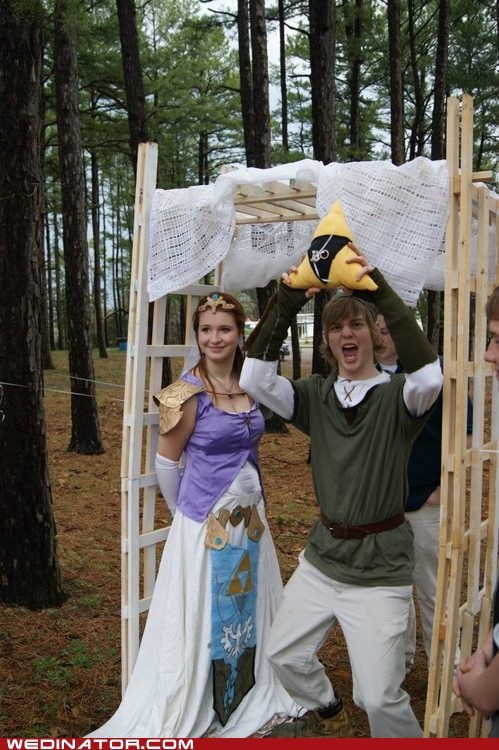 I must have missed this scene in Episode Three.

Link got the final piece of heart

from original uploader: "This was the highlight of the convention, it was just so fecking epic awesome, like the ultimate Zelda fan moment, the only thing that would be more ultimate would be if this were followed up with a Zelda themed wedding! And I have more than 1 confirmation that this was an honest and true proposal (I had to ask since he said "Zelda will you marry me") These 2 cosplayers are now engaged and their anniversary will be Fanime's Zelda gathering :3 " 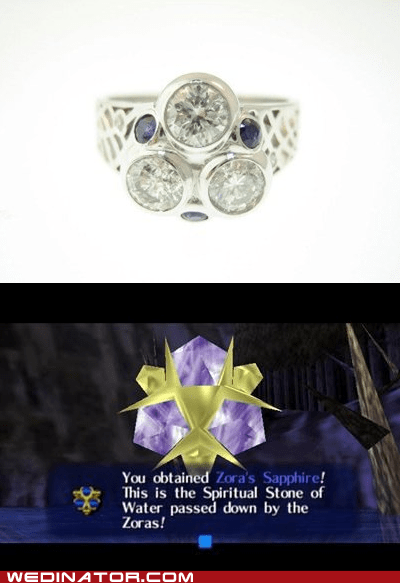 This is the professional photo taken of my custom designed engagement ring! It was designed after the Zora's Sapphire from Legend of Zelda: Ocarina of Time! My fiancé and I are huge Zelda fans, and of course, our wedding planning is already Zelda-theme centered! He proposed to me on May 29, 2011 while we were on vacation!

Score another one for Team Zelda-is-the-Most-Romantic-Game-EVAR. 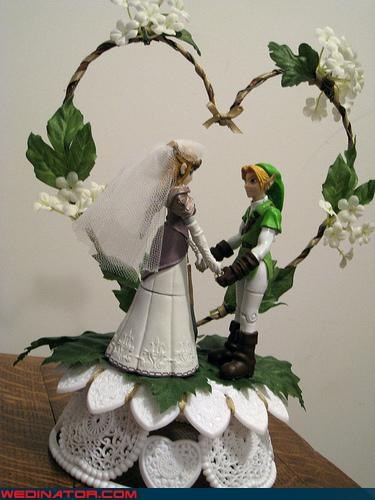 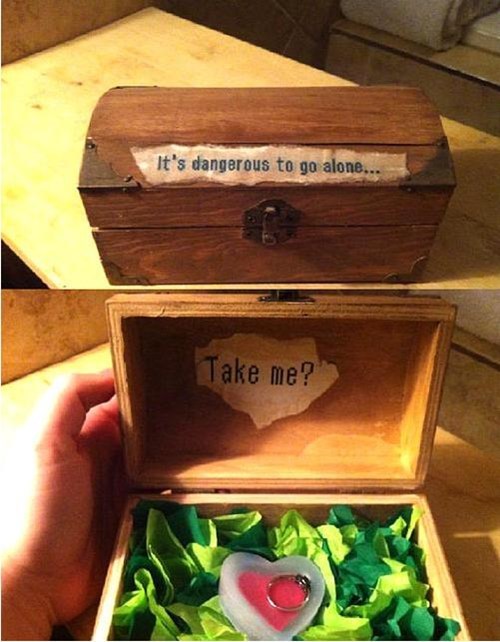 I don't see how a ring will protect me but okay, hop on my finger, little buddy!

16 People Who Should Have Their Internet Privileges Revoked