Not the first Minecraft proposal, but still one hell of a way to break the ice (stone?). 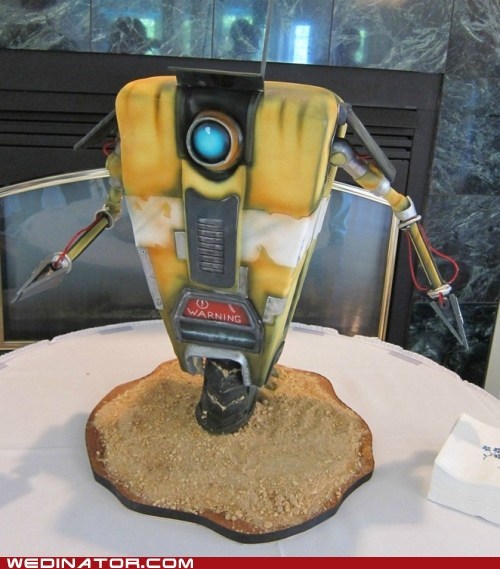 Via When Geeks Wed
Repost
Recaption

Only Here for the Thimble-Sized Red Bulls 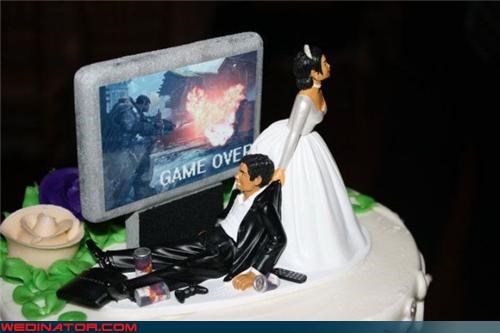 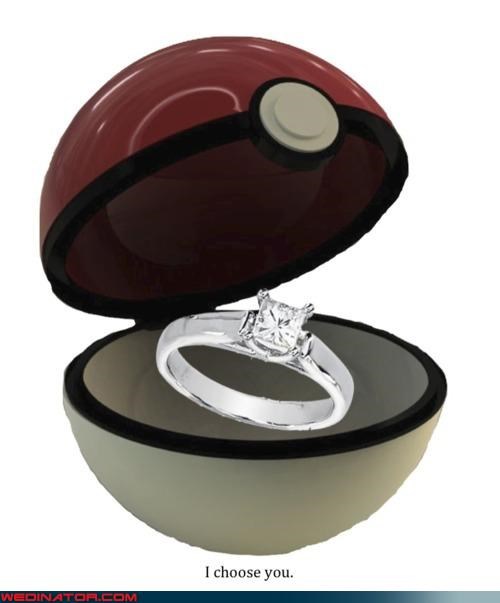 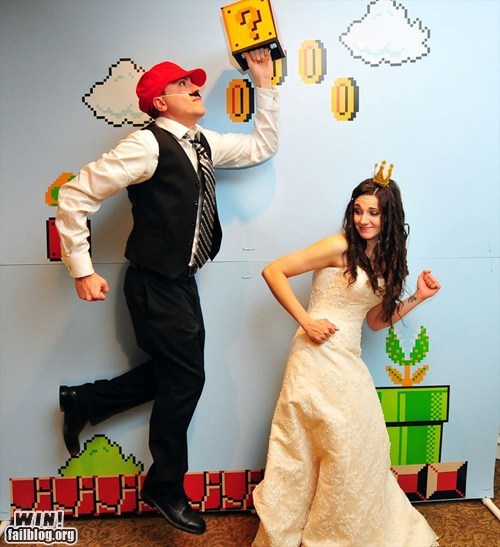 Jonnya42 says: "Here is a picture of my wife and I at our Super Mario Bros.-themed wedding, here in front of our homemade Photo Booth."

Gears of Love and War 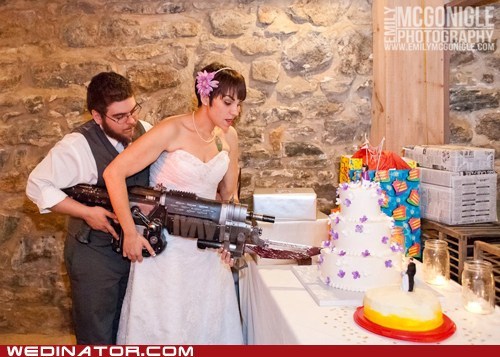 Stick together nerds, we need your love to give us all warm fuzzies. 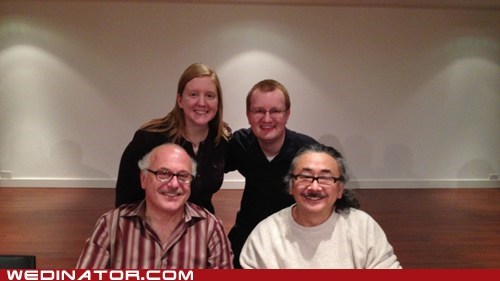 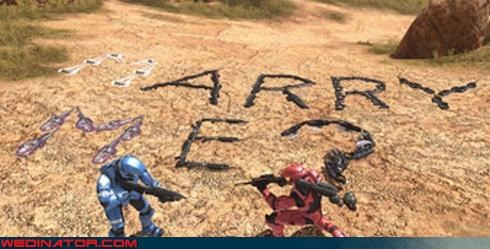 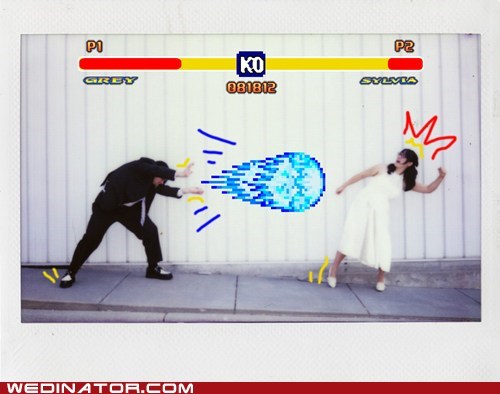 Starting wedded bliss with a faceful of blue lightning.

Will You Sackboy Take Sackboy? 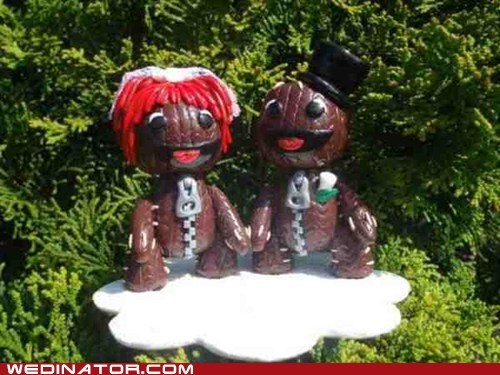 By Steffikins (Via Etsy)
Repost
Recaption

** says: "My fiancee proposed using a 4ft Sackboy, so it was only fitting we had custom made Sackboy cake toppers!" 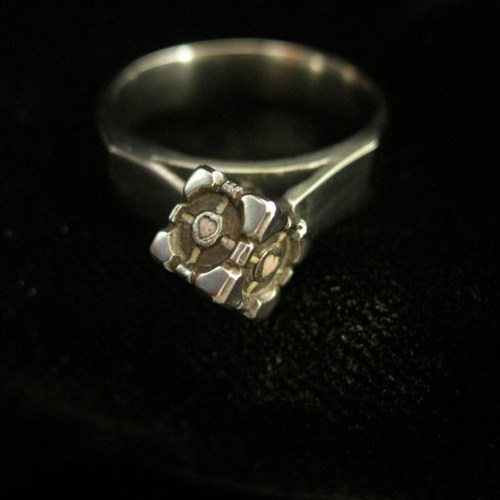 Via Custom Made
Repost
Recaption

Here's hoping you will never need to incinerate her. 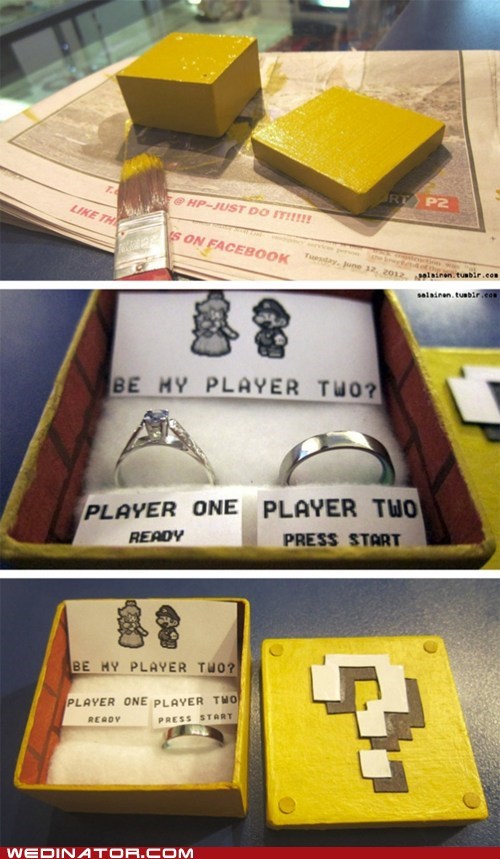 Of all the things you could hide in a Mario block, this is the best.