News Anchor Proposes to Herself on Live Television! 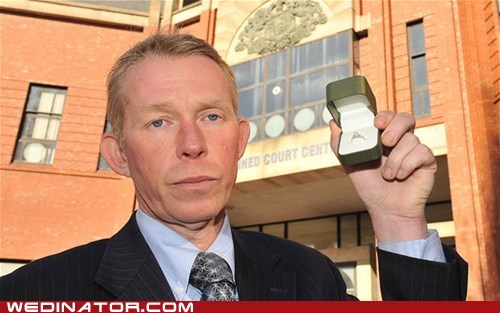 Todd, 48, left Hull Crown Court in tears today despite hearing his girlfriend had said: "Yes!" to his court room marriage proposal. Mr Todd almost died when Baillie, 32, plunged an 8in kitchen knife into his back as he slept.

But he appeared at Hull Crown Court last week with a white gold diamond solitaire ring with the intention of proposing in court in an act of Easter forgiveness.

Baillie, 32, who had been depressed after a miscarriage has been forgiven by Mr Todd who spent

15 People That Lied And Got Called Out For It

50 Hot Roasts Served Up To People Who Crave Pain

36 Creatively Lazy 'Not My Job' Moments