My Name is Tyrion Lannister... ...and welcome to "My Messed Up Family"! 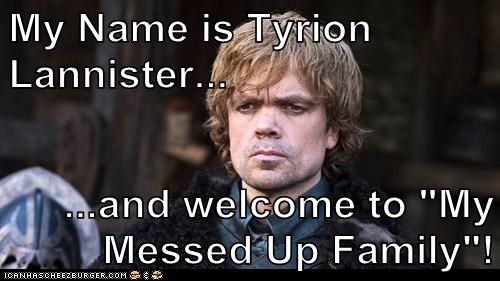 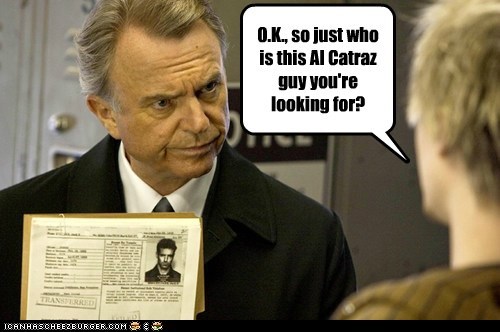 Well, Picard, as much as we'd love to blow that rust bucket of yours out of the sky, we Romulans have more important matters to which we must attend. 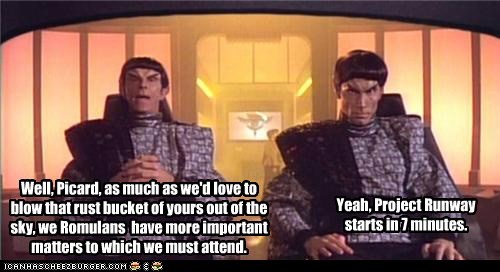 Remember when we showed you the first eight minutes of the new alternate reality series "Awake?" NBC released the full pilot episode online two weeks before it airs. So far, it looks really good. What do you think? Do you want to see more of this show?

We're armed and dangerous, I tell you. And if you haven't noticed our creepy smiles are highly effective weapons. 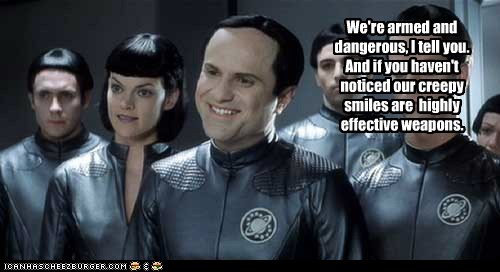 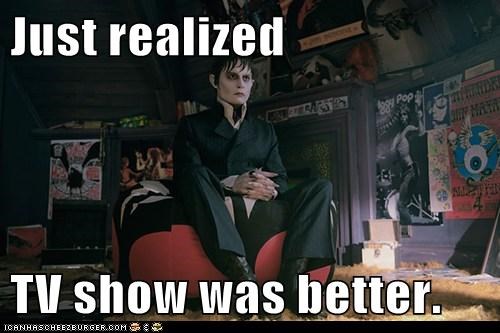 How I look when my friend says she's never seen "Buffy the Vampire Slayer." 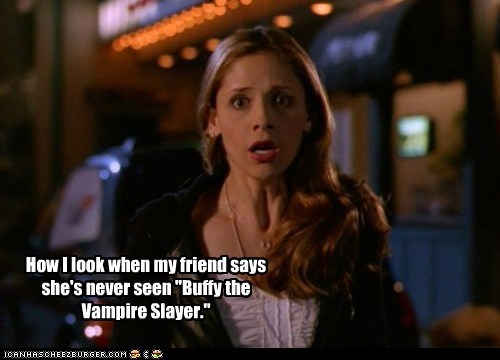 The Following Week, Our Crew is Sent to Azkaban 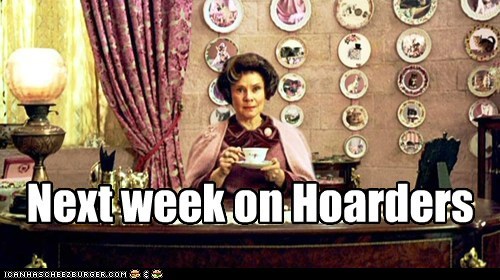