R2, you realize the editors have to bleep out everything you say. 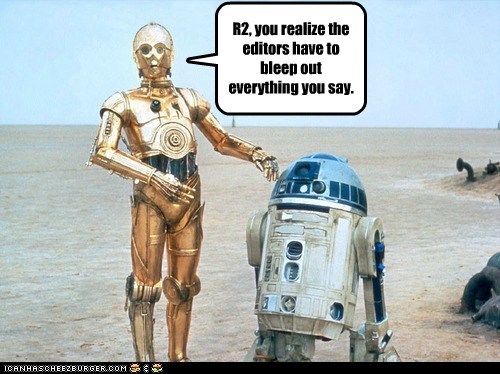 "Dexter's Rude Removal" was an episode of Dexter's Laboratory that was fully produced, but didn't make it past the Cartoon Network execs. Even with the bleeps, they decided it would be inappropriate. Genndy Tartakovsky has finally convinced Cartoon Network to release the censored version on Adult Swim's official Youtube channel. A fully unbleeped version is rumored to exist, but the only way to see it would be to get a job at Cartoon Network and hope it gets shown at an office party or

69 Relationship Memes To Send To Your Special Someone

Zesty Memes For All Occasions