Should We Leave a Note? 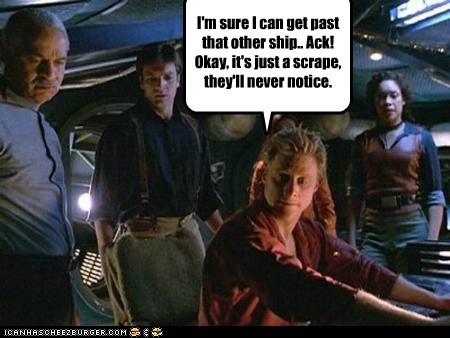 Did Someone Say Captain? 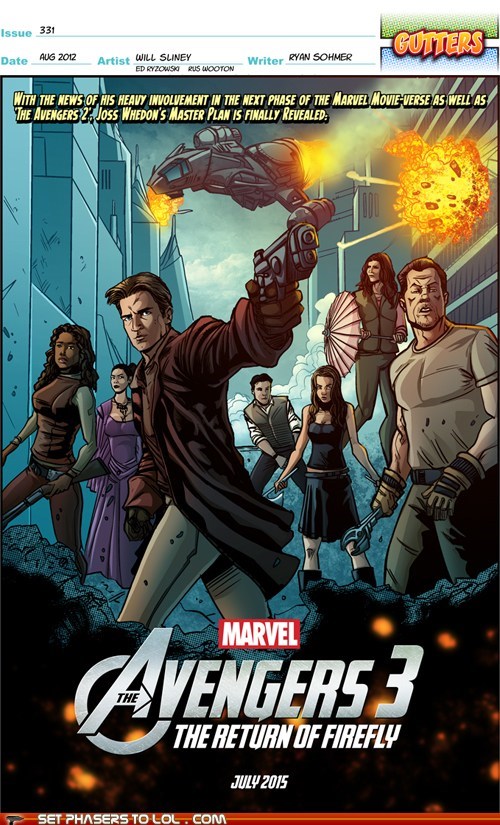 Via The Gutters
Repost
Recaption

Battle of the Cancelled: Firefly Vs. Star Trek

Both shows follow the adventures of a captain and his crew, both have extremely dedicated fans, and both were sadly cancelled before their time.

While "Star Trek" eventually became a huge franchise, spanning multiple series and movies, the original series lasted only three years before low ratings caused the network to cancel it.

"Firefly" on the other hand only lasted 13 episodes. But dedicated fans rallied around the show and we eventually got a movie, giving the series some much needed

Unfortuately for you--- NO ONE cares if I shoot first! 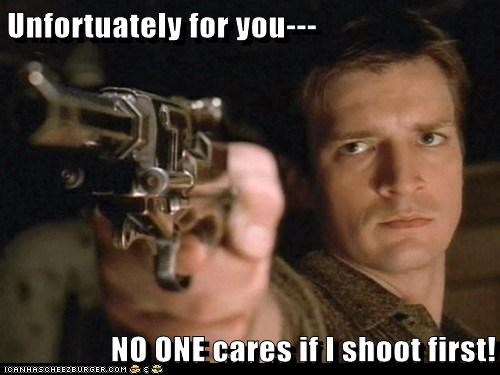 It Buzzed At Me 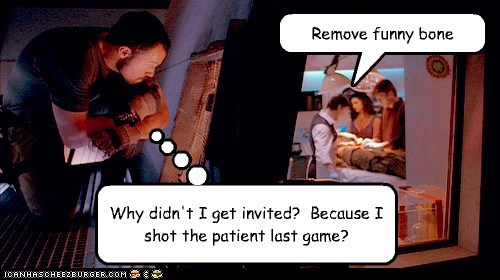 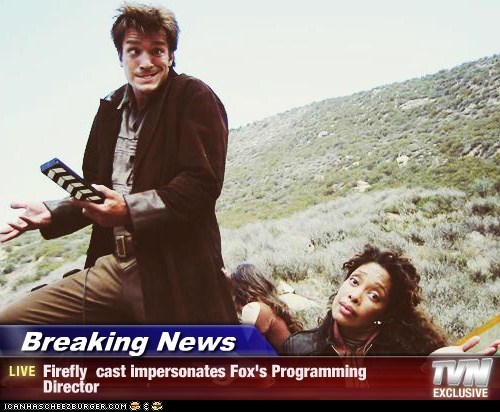 And I Can't Get That Damn Song Out of My Head 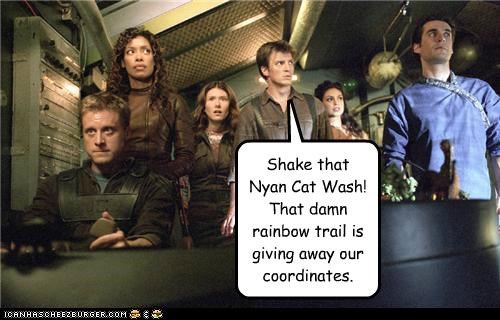 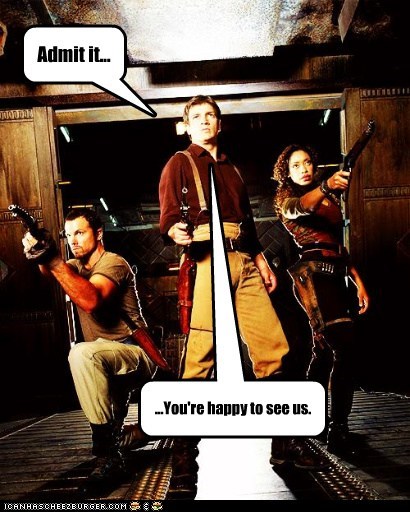 I Need This in My Life Right Now! So Do You! 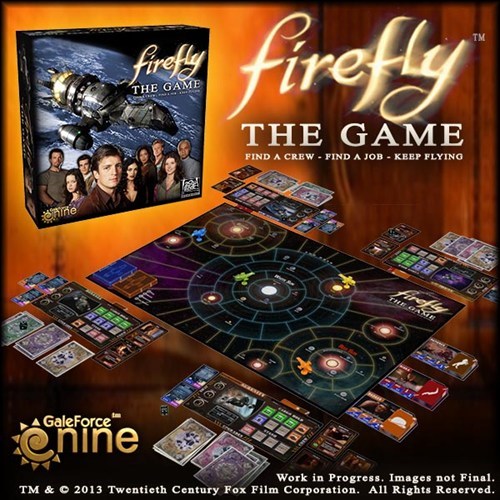 Announced at New York Toy Fair, Gale Force Nine is bringing out a Firefly board game. According the the description, you captain a ship, take on jobs, and avoid Reavers and the Alliance. This is the first in a series of Firefly board games and miniatures games coming out in the next year, and should hit shelves this fall.

No, I don't really speak Chinese. I invite you to tell me to 太空所有的星球塞盡我的屁股 below. 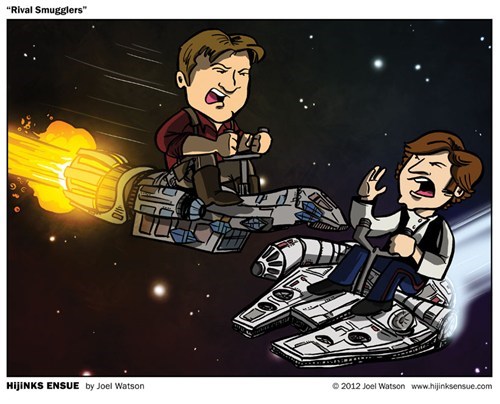 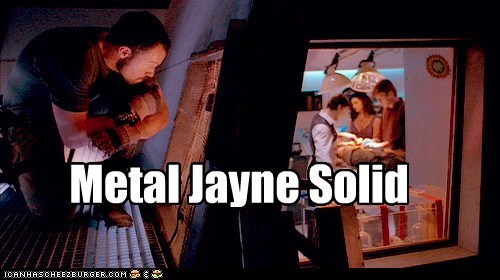 The Cast of Firefly 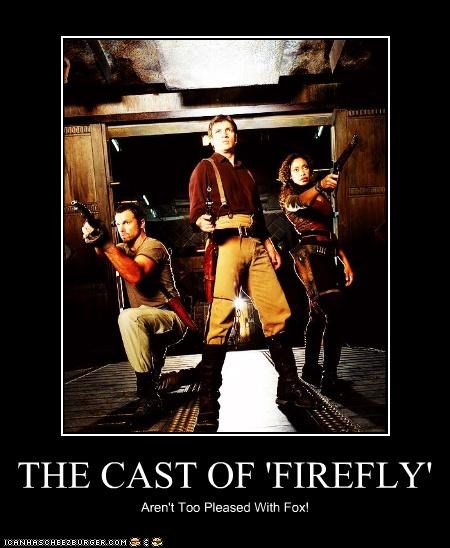 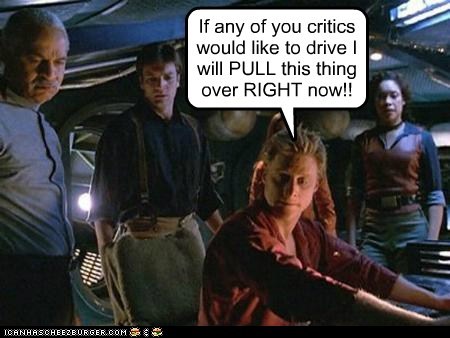 Clever and Literal Jokes that are Technically Correct