Because it's MY Hair 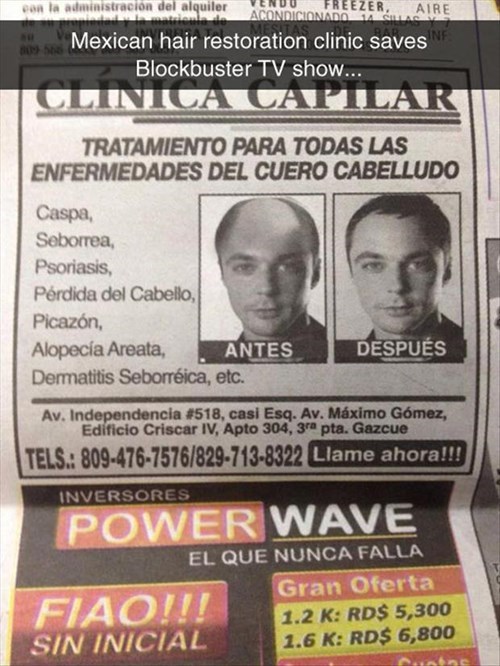 Because it's Sheldon's Spot... 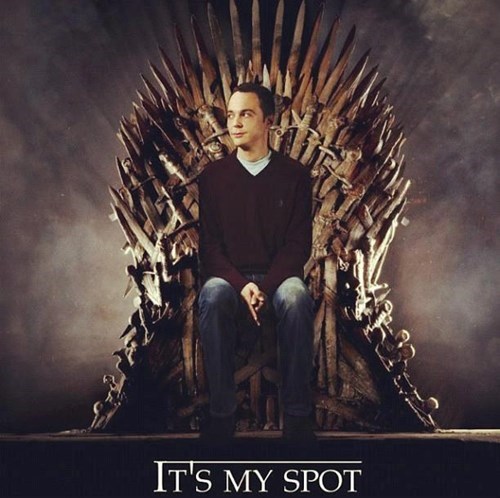 Keep Your Misery to Yourself 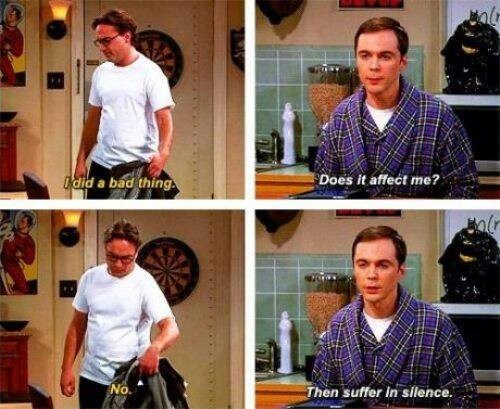 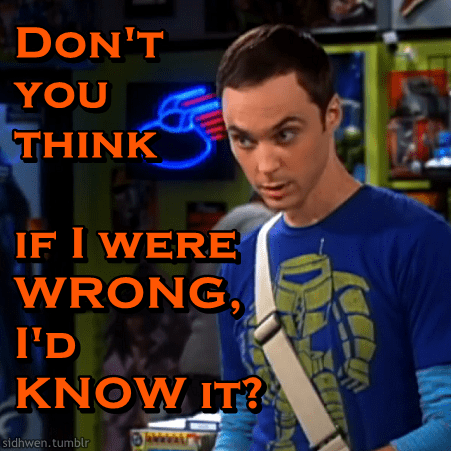 LEGO Set Based on "The Big Bang Theory" is a Possibility 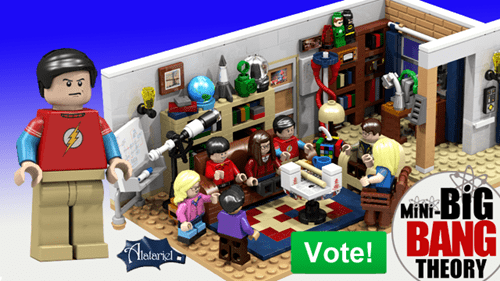 Lego artists Alatariel Elensar and Glen Bricker have developed an amazing LEGO set based on the hit TV series, "The Big Bang Theory." Glen and Alatariel need 10,000 votes in order for it to become an official LEGO set, so you can head to LEGO CUUSOO to add your support.

The set represents the living room of Sheldon Cooper and Leonard Hofstadter, which is the core location of the series. It's filled with geeky details accurate to the show including Sheldon's board, the Green Lantern lantern, the Rubik's cube tissue box, the DNA model, and more! Leonard and Amy Have Known Each Other For Decades 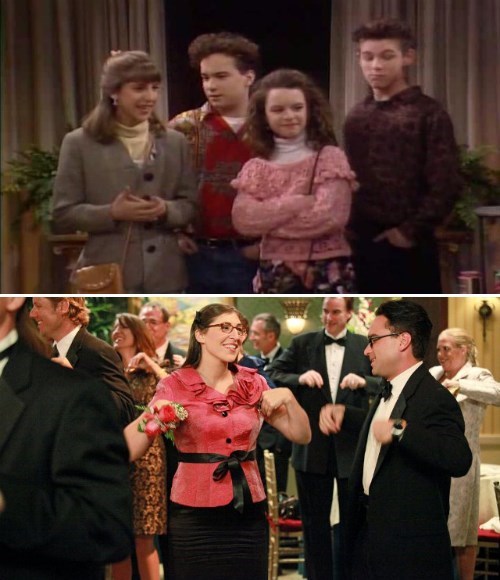 Do You Not Have a Soul?! 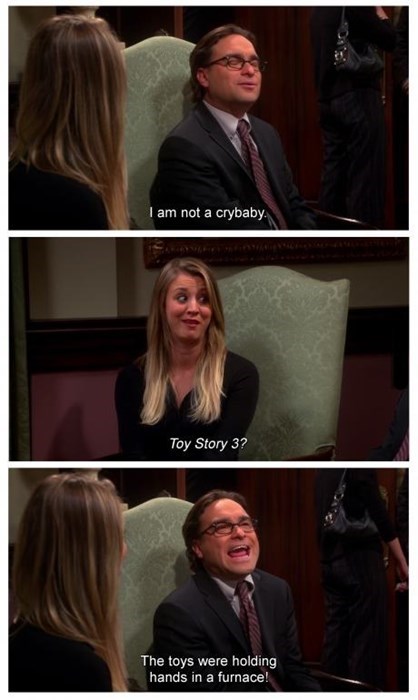 Is There Such a Thing as a Pre-Yoga Shower? 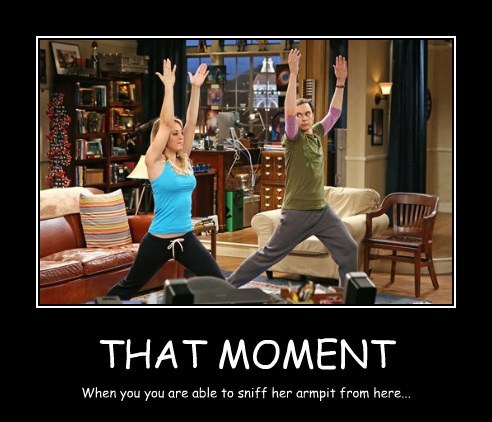 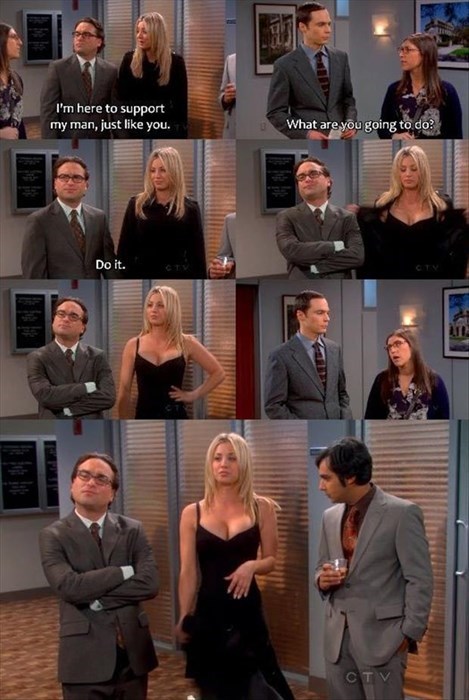 Because That's My Spot...for a Bumper Sticker 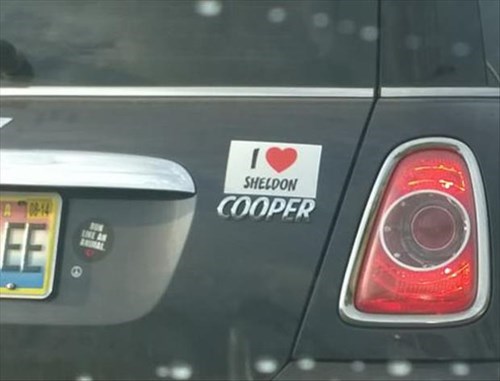 What if You Take the Jokes Out of Sitcoms?

Check out the dynamic of the popular sitcoms The Big Bang Theory, Friends, and Seinfeld when the jokes are edited out. What do you think about how the shows play out?

Who Doesn't Cry At Toy Story 3? 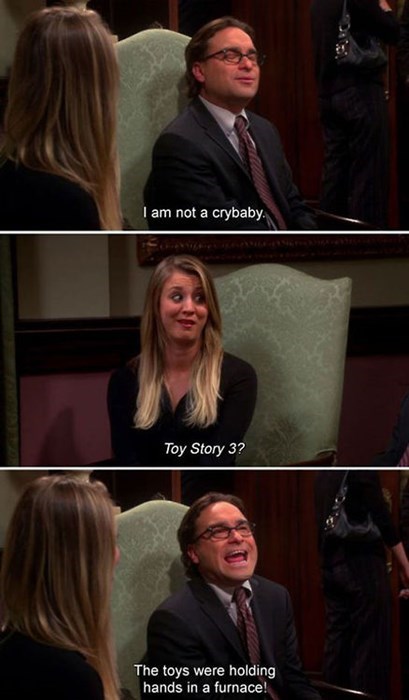 The Logic Makes Me Sad... 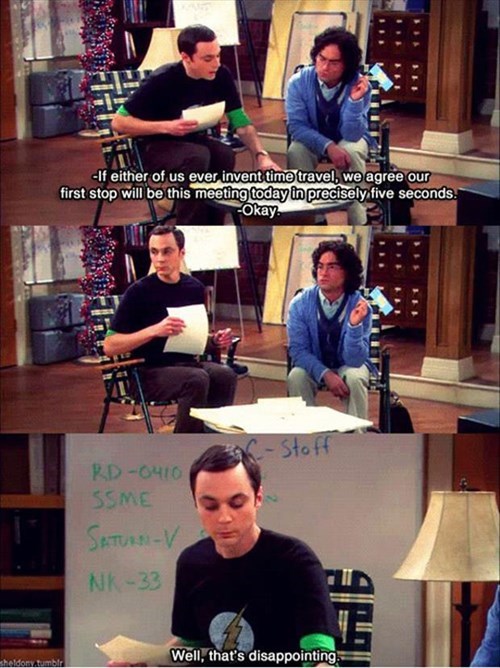