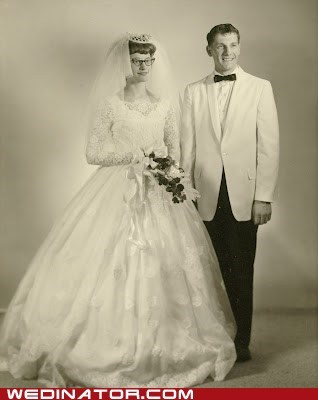 Delisacrafton says: "My grandparents were to be married October but my grandpa was in the army and couldn't come home because of the Cuban missile crisis. When he did finally come home it was December and they got married. They were married in another city than they lived which was an hour away and they forgot to tell the camera man. A week later they put back on their clothes and took this picture in a photo studio thus being their only wedding picture."

Nurses Take Revenge On Their Roommate

It's Caturday, So Here Are 30 Cat Memes

17 Cat Memes To Make You Laugh Until You Cry