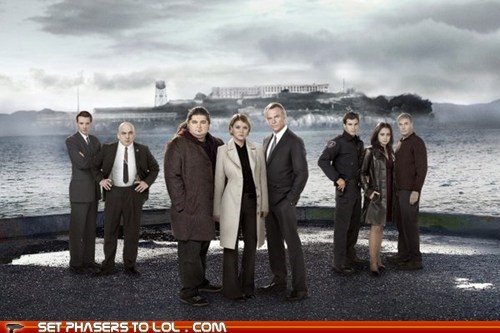 What the hell was that? Last night, the new sci-fi show from J.J. Abrams and the creators of "Lost" premiered and it's shaping up to be just as strange, confusing and addictive as its predecessor.

It even has this guy in it.

The series follows FBI agent Emerson Hauser and San Francisco detective Rebecca Madsen as they investigate the sudden reappearances of inmates who had disappeared from Alcatraz years ago. Also, there's some sort of new Alcatraz in the woods? I don't know.

Awful Customers Get Fired For Their Behavior

20 Clever Comebacks That Deserve A Plaque For Their Spice

You Can Sum Up This Cooties Trailer in Two Words: Zombie Children