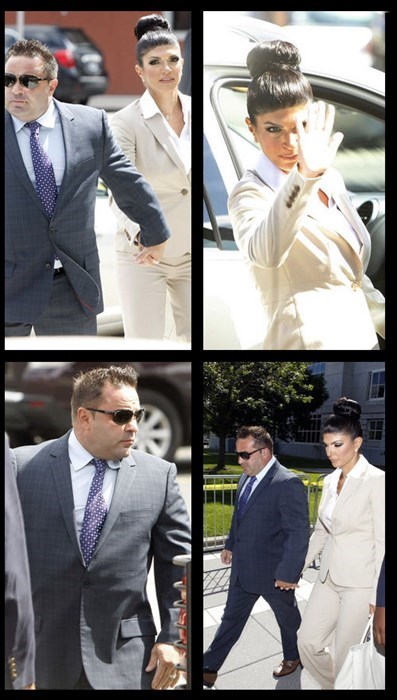 Both Teresa and her husband said nothing when they appeared in court on Thursday. They chose instead to let their lawyers speak for them, as they plead 'not guilty' to a litany of fraud charges that could put them away for years.

The judge set the trail date, for the 39 indictments for October 8, 2013, though that is expected to be pushed back. The two are charged with "conspiring to fraudulently obtain millions of dollars in mortgages and other loans that apparently helped finance a lavish

Highly Relatable Memes To Remind Us We're Not Alone